“I’ve had my fun with it and hope it benefits the auction,” said James Wirth of Richfield, Wisconsin.  Recently, Wirth discussed with Fisher House Wisconsin why he decided to donate the car to benefit the 8th Annual Fisher House Golf Outing’s auction.  Importantly, it was to honor his late brother, Michael Joseph Wirth.

James Wirth, a retired electrician by trade and United States Army Airborne Veteran (1966 – 1968) was stationed in Germany at the Nelligan Barracks, 58th Infantry Long Range Patrol, while his brother Michael Joseph Wirth was stationed in Vietnam.

In 1965 Michael was drafted into the United States Marine Corps and served four years on active duty.  As Wirth notes, it was the first time anyone had been drafted into the Marine Corps since WWII and Michael extended his tour to keep his brother James out of Vietnam.  Michael conducted two tours of duty in Vietnam as a Scout Sniper – a legendary occupation in the Corps.  Snipers in Vietnam conducted reconnaissance missions, enemy and terrain surveillance, detection and confirmation of enemy targets, and more.  Scout snipers are highly regarded in times of war, as they are skilled in enemy surveillance, stealth and concealment, and marksmanship.

Like more than 3 million other Americans who served during the Vietnam War – Michael was exposed to Agent Orange.  He subsequently developed cancer considered by the US government to be related to Agent Orange exposure.  His service to our country had a lifelong and lasting impact on Michael and yet he remained forever faithful and patriotic despite the obstacles such a health condition brings.

As Wirth explained, his brother frequently traveled from his home in Tomahawk, Wisconsin to receive cancer related medical care at the Oscar G. Johnson Veteran Affairs Medical Center located in Iron Mountain, Michigan.  He had to travel by car, there were very few options for housing outside of hotels and the trips were less than ideal but necessary for his care.  Unfortunately, in 2018 after years of battling, Michael, who Wirth described as an enormous animal lover and avid outdoorsman who enjoyed fishing and hunting, succumbed to cancer.  He is buried at Wisconsin Veterans Home at King, the Central Wisconsin Veterans Memorial Cemetery.

Michael bequeathed his beloved pumpkin orange 1952 Chevy, emblazoned with purple and silver flames, with black leather seats accented with the Marine Corps colors of gold (yellow) and scarlet (red), to Wirth.  The 1952 Chevy 2 Door Hardtop Wirth donated to Fisher House is a stunning classic.  Wirth noted that his brother Michael spent a lot of time volunteering (while in his ‘52 Chevy) in countless parades.

Recollecting the trying times Michael had traveling to Iron Mountain for medical care, Wirth felt donating the car to Fisher House Wisconsin made sense.  “It’s a good thing,” Wirth said in describing his thoughts of Fisher House’s mission and housing options for the loved ones of veterans receiving medical care.

While not in parades or participating in the Honor Guard, Michael also spent time in support of the push to help with the development of the Northwoods National Cemetery, which is a new 6-acre Department of Veteran Affairs National Cemetery located in Oneida County, in the township of Cassian.  The new cemetery has burial and cremation sites as well as a memorial wall and walkway, with capacity to serve more than 24,000 local veterans.  Prior to the new National Cemetery in the Northwoods, Wisconsin’s only national cemetery, Woods National Cemetery, was in Milwaukee, Wisconsin and closed to new burials – leaving the next closest National Cemetery more than 200 miles away in Minnesota.  Wirth is proud of his brother’s contributions towards the effort noting that now military families from Northern Wisconsin have a place to bury their loved ones that is closer to home.

Fisher House Wisconsin sincerely appreciates the service of the Wirth brothers to our country as well as their generous donation, which helps support the mission of providing a home away from home for the loved ones of veterans and military service members receiving medical care. 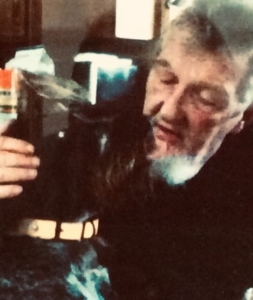